My old Devin is now owned by Dr. Christian Reichardt. Take good care of her.

This was my original blog for the restoration of my old car. Shortly after buying it, bringing it up from Florida, fixing a few things, joining Nasa, purchasing a good race helmet and doing a track day at Limerock... My wife was pregnant with triplets! Good bye car, restoration, bike, and old life. Hello new house and new responsibilities. Well, now I'm never board, I have this great website, new Devin friends and 3 wonderful kids.

When I purchased the car it had no known history and the following is what I discovered. 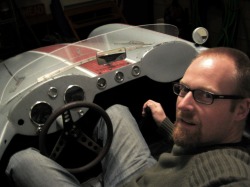 Kreg Jones
I'm documenting the restoration of my Devin.
I have already found most of it's history. I'm planning to restore it to near original condition and eventuality race it.

The '57 Devin body is now resting on a '67 VW Beetle swing axle chassis with new pans. The motor is a 1776cc VW air-cooled flat four. Thanks to Elliott for getting back on the road. 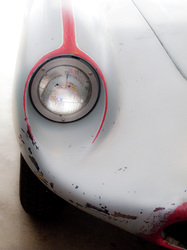 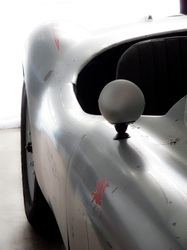 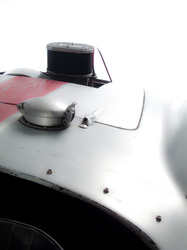 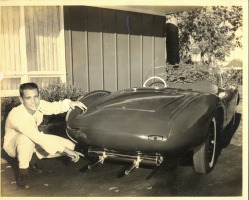 Tim (age 17) Champaign, Illinois
I was able to locate the original builder Tim Squires and he sent me this 50+ year old photo. He built the car in the late 50's and auto crossed this Devin Special around the Champaign, Illinois area including the Danville Airport.

It started life as a dark metallic blue Devin with a VW Motor and it was soon replaced with a Porsche 356 Super 90 and a silver paint job. The Devin was traded in on a '57 Ferrari 250 GT in '62. It seems that the dealer swapped the Porsche motor out and it went back to VW power. It ended up at a different dealer in Springfield, Il. 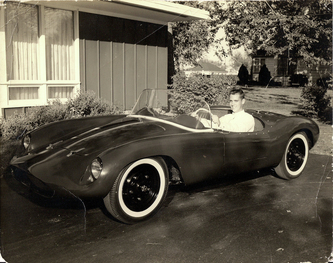 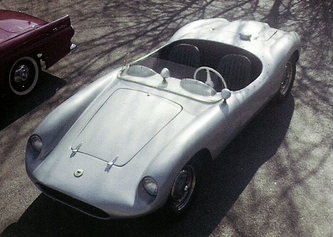 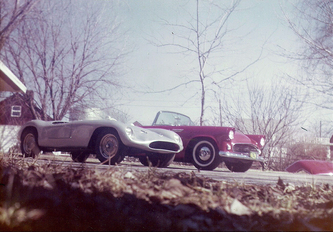 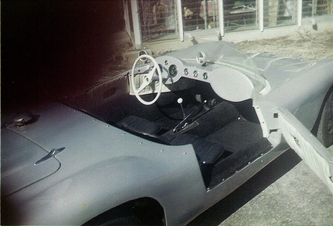 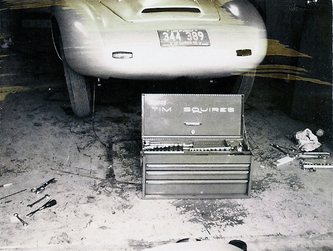 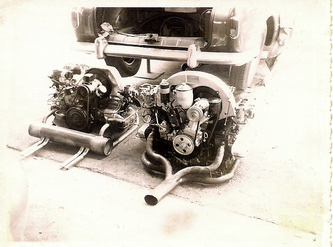 In 1963 The "Squires Special" was sold to a gentleman named Bill McMillan and later past on to his two brothers Ray and Jim from Peoria. Soon after they acquired the Devin the VW motor was removed and a 140 HP Corvair motor replaced it. It was bored out. Then, a Crowler cam, 4 barrel carb and tubular headers were added. After Bill passed away the original title was lost. They owned the car for around 36 yrs. Jim actually still has the Corvair motor in Peoria, Illinois. 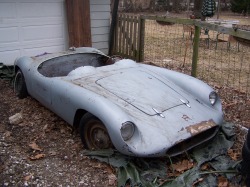 Peoria, Illinois
Neil Rinkach from Peoria acquired the car from Ray near the end of 1999. He thankfully saved it from the crusher and recently sent me many pictures of the car. Thanks Neil!

This picture shows the Transvair frame that once held the 140HP Corvair motor. It was installed for drag racing. I'm not sure that it ever did due to a propensity for wheelieing. Although, I was told by collector Todd Mercer, he saw it run in the Detweiller Park Hill Climb in Peoria, Illinois in the early 60's. 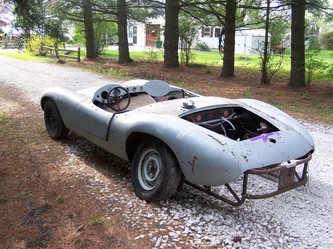 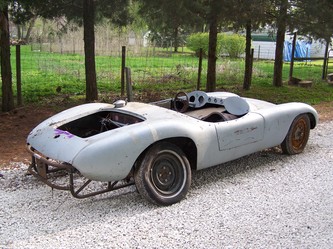 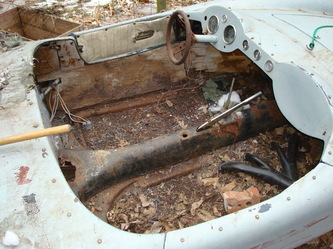 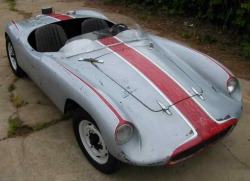 Atlanta, Georiga
Elliott Baumgardner from GA purchased the car from Neil and got it road worthy. The rusted out '53 VW Beetle chassis was transplanted with a '67 chassis and new pans. Elliott had the motor rebuilt and replaced the cars wiring. The red strips were lovingly painted.  It was then sold to Jimmy Cherry of Florida.

Elliott also, helped me to determine what was original and what was added and why. 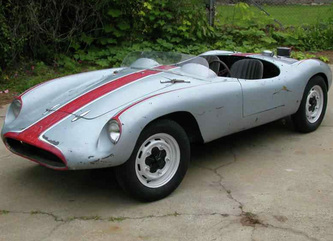 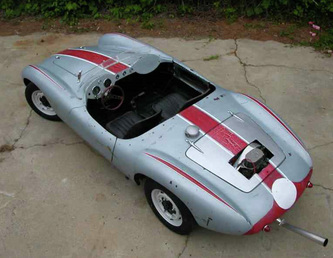 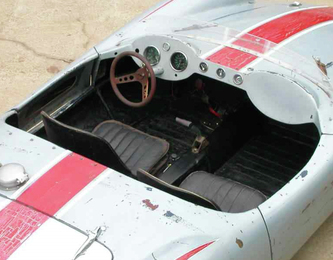 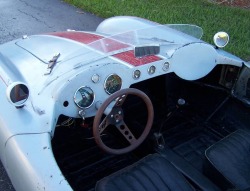 Jimmy made very few changes and owned it for less than a year. I saw it for sale on Ebay and fell in love. He sold it to me site unseen and I had it trucked up to PA. Jimmy also got the car titled for me in Florida.

The proportions of the car are perfect. After some research on Devins, I found out why. The shape of the body was inspired by an Emini race car designed by Carrozzeria Scaglietti. He also designed some of my favorite Ferraris, like the 750 Monza. 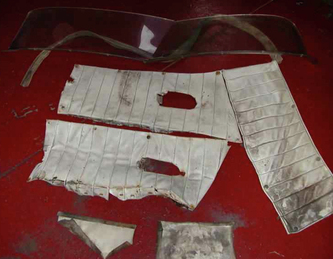 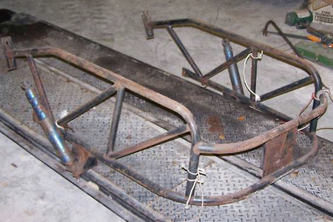 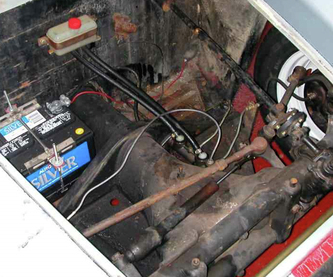